Most Conservative Colleges in America

Campus culture plays a major role in the college experience inside and outside the classroom. If conservative ideals and values are a large part of your personal identity, then you might want to find a school that reflects those same values.  For this reason, we researched and reviewed the best colleges that lean conservative politically, socially, economically, and sometimes religiously.

To create our list of the most conservative colleges, we researched over 70 colleges and universities across the U.S. and narrowed them down to this list of 20. We based our research off of the materials available online at each school’s website. Important criteria included abundant conservative-leaning student groups and conservative values woven into the mission of each school.

The 20 Most Conservative Colleges in America

Founded by the late televangelist Jerry Falwell, Liberty describes itself as an “intimate Christ-centered college.” It is a private evangelical Christian university, and most of its students attend school remotely. Faith, a relationship with God, and service to others play an important role inside and outside the classroom. Undergraduates must take three required Bible-studies classes, and the honor code prohibits premarital sex and cohabitation. 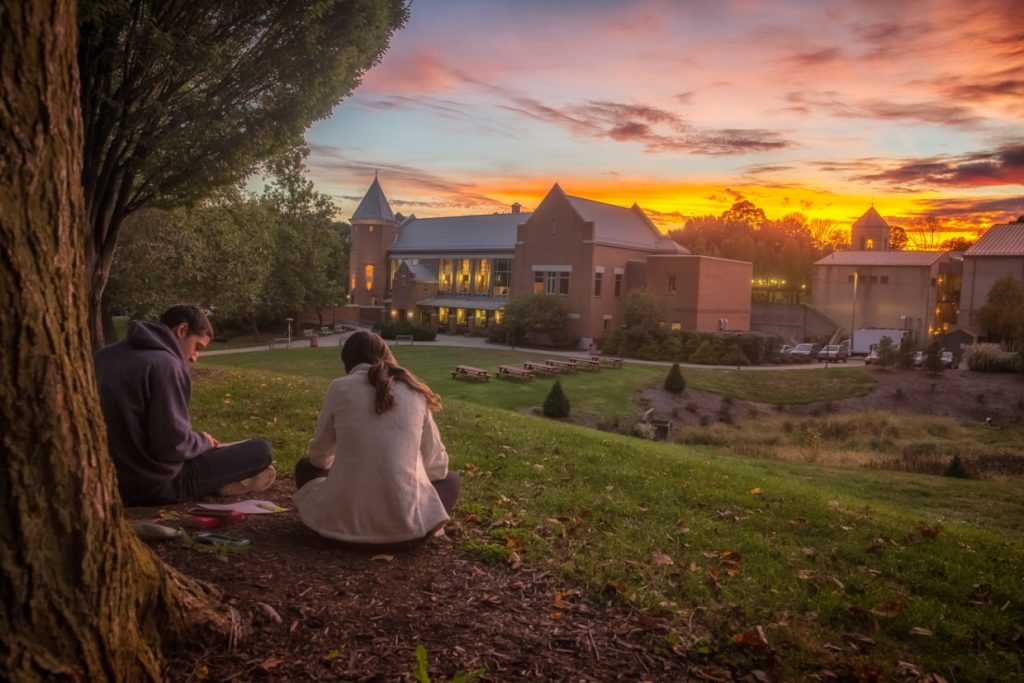 A small private Catholic college, Franciscan University of Steubenville excels in Theological and Ministerial Studies as well as Nursing and Elementary Education. The campus ethos is conservative Catholic, with a conservative dress code recommended and classes cancelled on the day of March for Life so as many students as possible can attend the pro-life march. Most students, faculty, and staff are devout Catholics.

Colorado Christian University, located a few miles outside of Denver, is consistently ranked among the most conservative colleges in the country. CCU hosts the annual Western Conservative Summit, the largest gathering of conservatives in the American West. Students can participate in Centennial Institute programs such as 1776 Scholars, aimed at conservative political engagement. CCU’s four pillars are faith, family, freedom, and future.

Cedarville, a private Baptist university, aims to train students to be bold followers of Christ and to be bold, Christ-inspired leaders in the world. The whole campus gathers daily for a (required) worship service in the chapel. A minor in Bible Studies is built into every undergraduate program, and the Bible is integrated into every course, meaning that all subjects are taught from a Christian worldview. A strict dress code is enforced.

A private nondenominational evangelical Christian university, Biola bears the motto “Above all give glory to God.” Biola is a title derived from the original name of the school, Bible Institute of Los Angeles. The Biola Student Missionary Union (SMU) is the largest student-led missions organization in the United States.

Bob Jones University pairs strong academics with an uncompromising Christian worldview. The school implements entertainment restrictions, dress codes, and required events, and “pushes for the Gospel.” Teachers begin class with a prayer. Students spend time reflecting on the Bible in discipleship groups in their dorms. The BJU Core is a combination of liberal arts and Bible studies courses that every student must complete. BJU emphasizes service and leadership in the name of Christ. 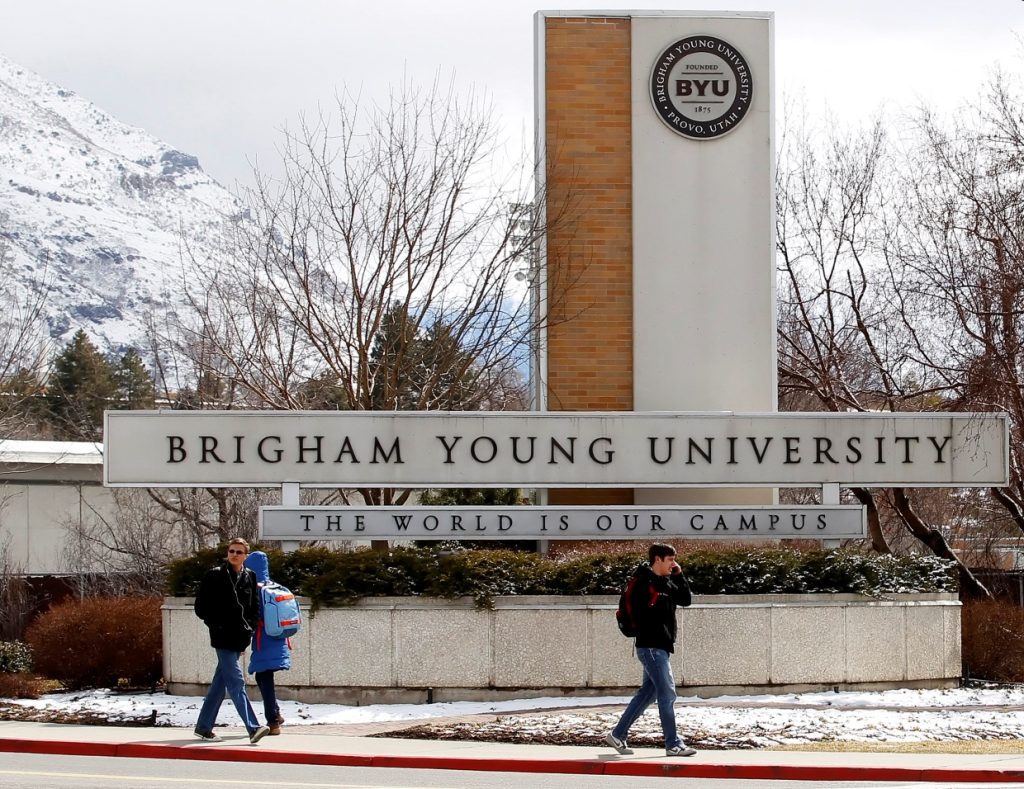 Brigham Young University (BYU) is a Mormon university. It’s the largest religious university and the third-largest private university in the country. Students can elect to take courses on political thought, free market capitalism, and military service, and alcohol and sex outside of marriage are strictly prohibited. BYU has a reputation for being more socially conservative than politically conservative. This entails, for instance, following a strict dress and grooming policy.

At Hillsdale, the College Republicans are the largest student group on campus. Hillsdale is a private liberal arts college originally founded by abolitionists, and its current curriculum is based on Greco-Roman culture and Judeo-Christian tradition. Every student, regardless of major, must complete a core curriculum sequence of courses on the Great Books, the Constitution, and the sciences. In order to bypass federal affirmative action policies, Hillsdale is one of very few colleges that refuses financial support from the government. 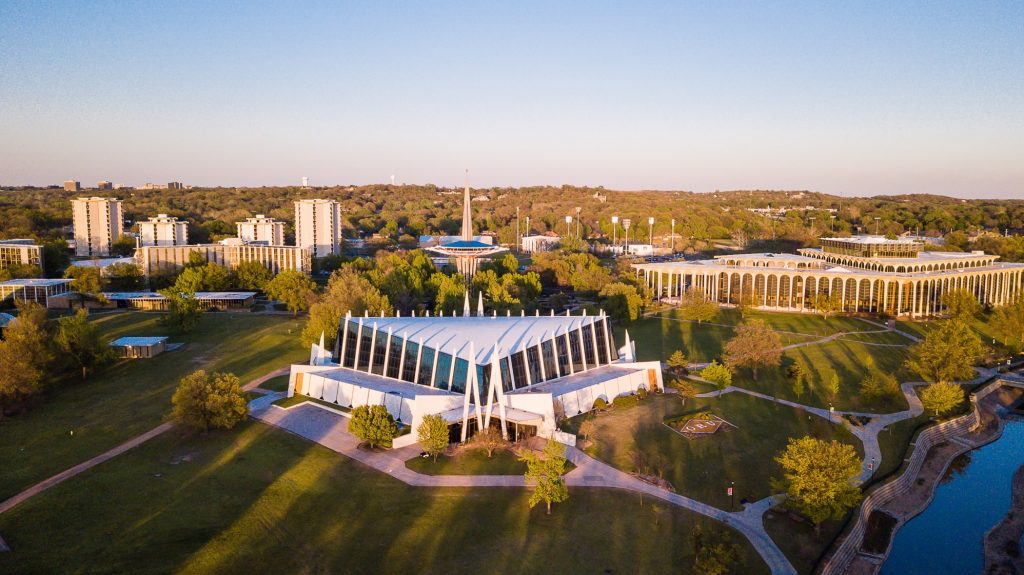 An evangelical Christian university, Oral Roberts bears the name of its founder, evangelist Oral Roberts. Students are required to attend weekly church services, and mission trips are a big part of student life. The vast majority of students self-identify as moderate, conservative, or very conservative. Cultivating a relationship with God is a big part of the Oral Roberts experience, as is spreading the Gospel.

Grove City College is a private Christian liberal arts college in Pennsylvania. Formerly affiliated with the Presbyterian Church, it is now nondenominational. Despite the school’s small size, it has close connections to various conservative and liberatarian think tanks and contributes to policy research and advocacy. Students must all take a basic humanities core curriculum that includes courses on Western Civilization, Art, Literature, and Biblical Revelation. 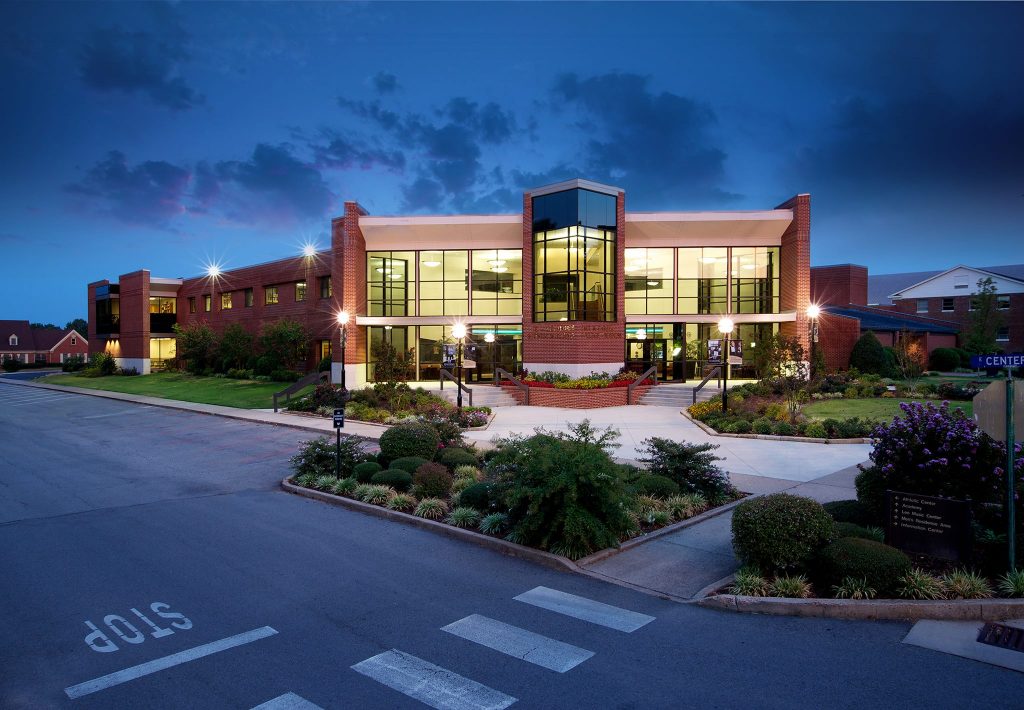 Like many of the schools included in this guide, Harding is a private Christian liberal arts college. It’s also the largest private university in Arkansas and is associated with the Churches of Christ. Students must follow strict behavioral guidelines, including no partying. Mission trips are popular and most students self-identify as conservative or very conservative. Harding is home to the American Studies Institute, which celebrates “the fundamental values that made this country great.” 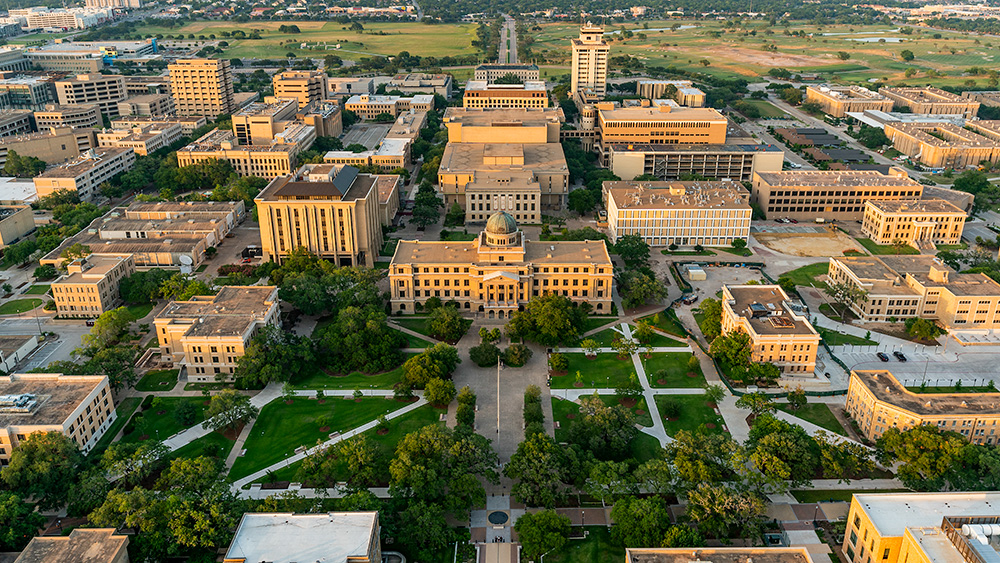 Texas A&M was the first public land grant institution to open in Texas. Its main campus is one of the largest in the country and is home to the George Bush Presidential Library. The majority of students self-identify as Republican or Independent, and describe the campus as a whole as conservative or very conservative. Unlike many of the other schools included in this guide, Texas A&M is not overtly religious and is not a liberal arts college. It is a secular research university that leans politically and socially conservative.

University of Dallas is a small private Catholic institution in Texas. The university is known for its emphasis on Catholic doctrine and traditional academics. The vast majority of the student body studies abroad for part of their undergraduate degree. Most students associate with the Republican or Independent Party, and see the campus as conservative or very conservative. Popular student groups include the Alexander Hamilton Society, various faith-based organizations, and the Classics Club. 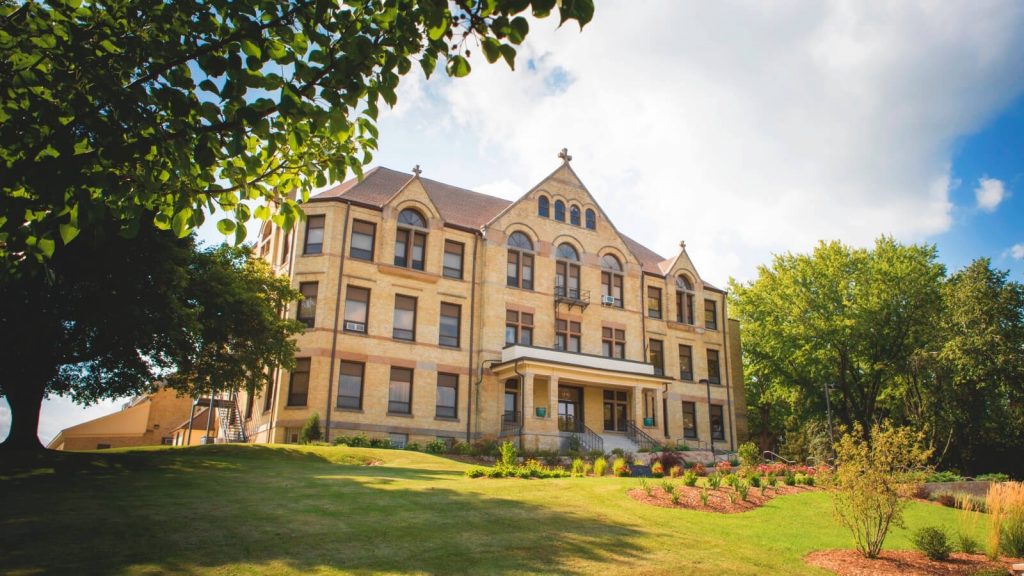 As the name suggests, Maranatha Baptist University is affiliated with the Baptist Church. The university aims to help students find their vocation and use their pursuits in the world to serve God. Maranatha hires faculty that self-identify as conservative, independent Baptists, whatever their field of expertise. The curriculum and behavioral guidelines are rooted in tradition and do not tend to change according to contemporary trends.

College of the Ozarks

Also dubbed “Hard Work U,” College of the Ozarks is a Christian liberal arts college with a proud conservative heritage. The college sets out to encourage academic, Christian, cultural, vocational, and patriotic growth in its students. In addition to academics, an Ozark education focuses heavily on character development from the moment freshmen arrive on campus. The school culture is very patriotic and socially and politically conservative.

Regent is a private interdenominational evangelical university that was once called the “Harvard of the Christian Right.” The school has both on-campus and highly ranked online degree programs and enrolls students from all around the world. The curriculum is Biblically-oriented and Christ-centered, and much of student life revolves around Christian activities such as Night of Worship. The school strongly emphasizes leadership development from a Christian perspective. 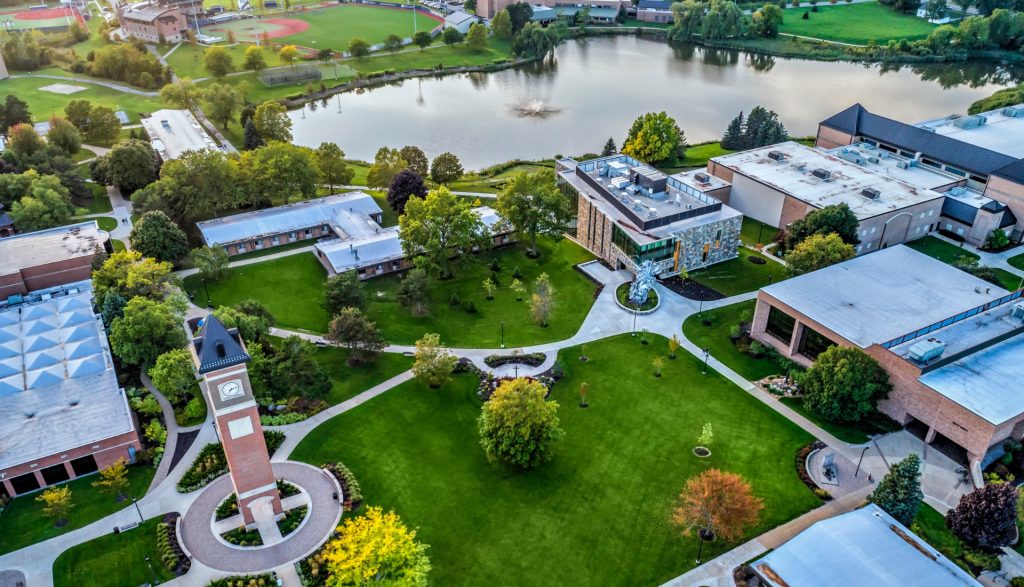 Cornerstone University is a small private Christian school located in Michigan. The small student body, coupled with an emphasis on Christian friendliness and compassion, makes Cornerstone a welcoming, intimate community of people following Christ. Cornerstone’s goal is to prime young men and women to go out into the world and spread the Gospel. All subjects are taught from a Christian worldview.

A Christian liberal arts college located in New York City, The King’s College offers a traditional curriculum centered on the Great Books, Christian scripture, and the traditional liberal arts. King’s uses a house system where students live, eat, and socialize with members of their house. This can create very strong bonds between students that last well beyond college. Students also express gratitude for the openness and kindness of their professors, who often serve as informal mentors as well.

Thomas Aquinas College is a Catholic institution that is faithful to Catholic teaching, “especially as it pertains to contentious political issues relating to abortion, euthanasia, and marriage.” However, the school is less interested in politics and more interested in truths that transcend political parties. Faith and reason are the twin beams illuminating a Thomas Aquinas education, which centers on the great books of Western civilization and utilizes the Socratic Method to get students thinking critically and articulating their thoughts. 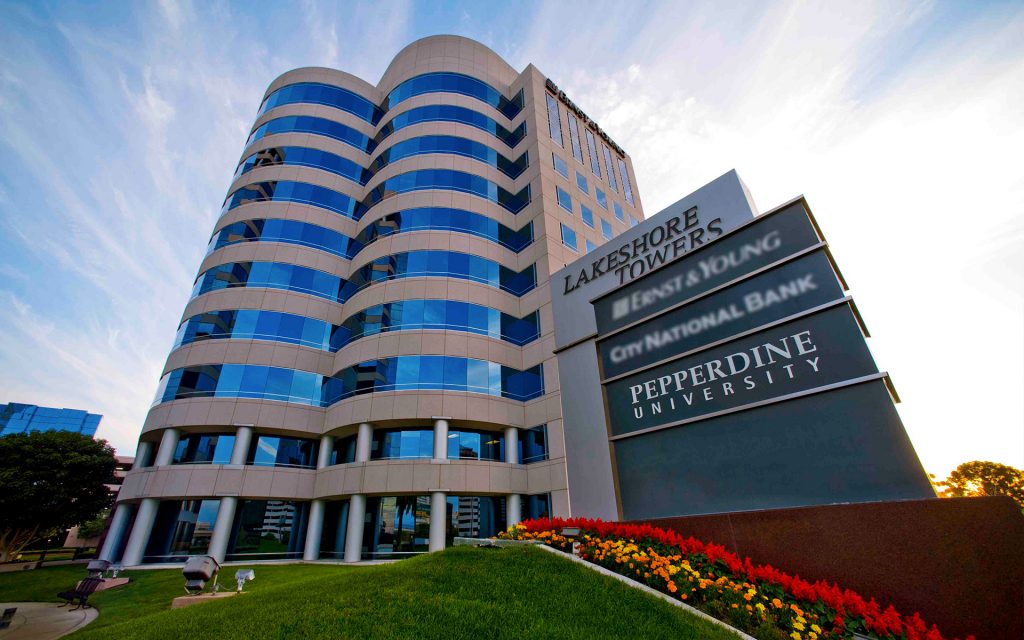 Pepperdine is a selective private Christian university located in the Malibu Hills, overlooking the Pacific Ocean. The university prides itself on allowing a diversity of viewpoints and providing a campus culture in which conservative students feel comfortable voicing their views inside and outside of class. Respect for diversity is insisted upon at Pepperdine. Conservative students may appreciate participating in the College Republicans, Young Americans for Liberty, or any of Pepperdine’s student-run religious groups.

What Are the Benefits of Attending a Conservative College?

If you align with conservative values, then you can be in an environment where you are free to be yourself. Here are some of the other benefits of attending a conservative college:

What Are the Disadvantages of Attending a Conservative College?

Attending a conservative college typically means forgoing some of the conventional college experiences such as partying and experimenting. Conservative colleges tend to have strict guidelines around drinking, interacting with members of the opposite sex, and dress code. Plus, some religious services or other activities are required of all students. For some students, these boundaries are desirable, but for others, they constrict growth and evolution. This is especially the case if your values do not line up with those of a conservative college.

Religiously affiliated conservative colleges also tend to require courses in subjects such as Bible studies, theology, and divinity. If you are not interested in these subjects or do not want them to take up space in your limited course schedule, then a religiously affiliated conservative college might not be the best fit for you and your academic goals.

Who Should Attend a Conservative College?